(العربية) The first confirmed case of COVID-19 and negotiated about four million lives of civilians in Northwest Syria. 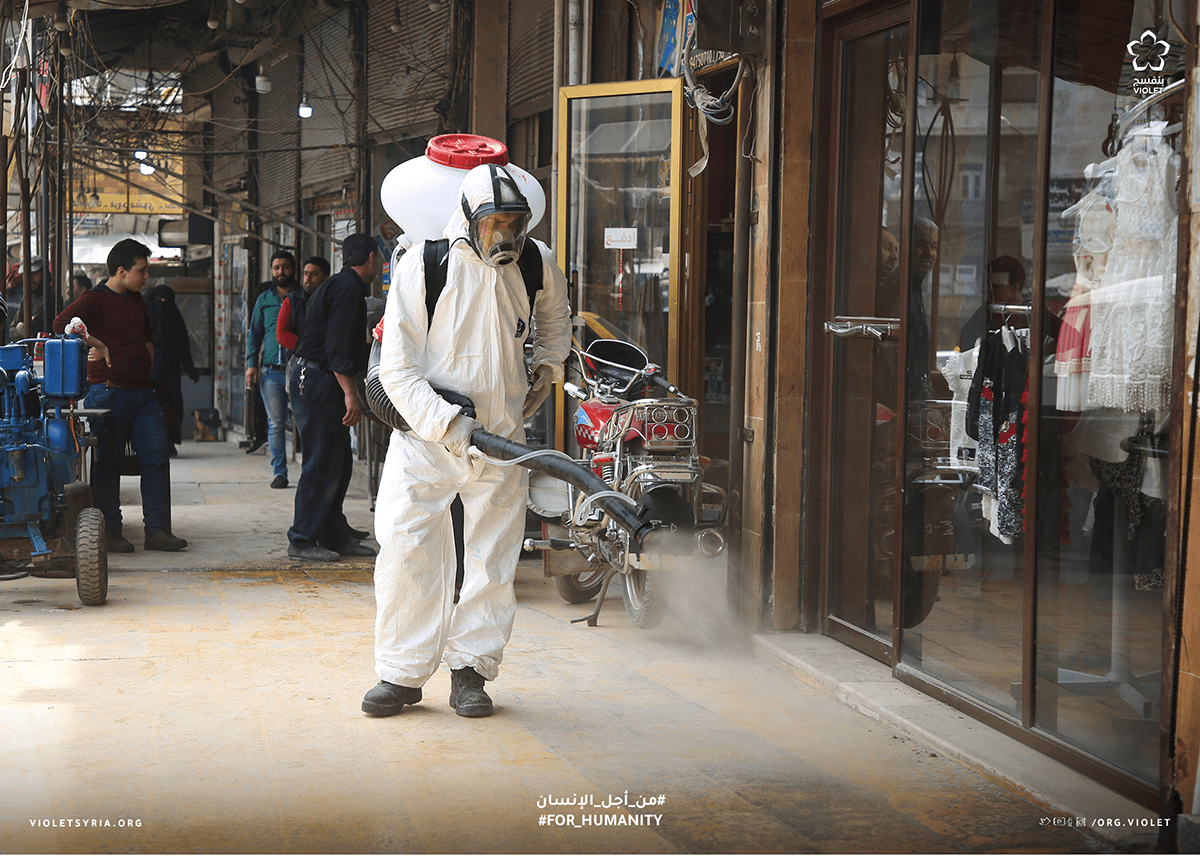 Idleb, Syria – Yesterday, the 9th of July 2020, the first positive case of COVID-19 in Northwest Syria was confirmed. Today also marks the day, when the UN cross-border resolution expires. The confirmed case is a doctor working in the Bab al-Hawa hospital in Idleb and has been in isolation since the beginning of the week after first symptoms showed.

Ironically, Bab al-Hawa is now not only one of the border crossings that is being negotiated in the UN Security Council, but also the area with the first confirmed case of COVID-19. The events today will directly affect the lives of about four million civilians in Northwest Syria.

On the 8th of July, Russia and China have vetoed a U.N. Security Council draft resolution suggested by Germany and Belgium to authorize cross-border assistance for 12 months through Bab Al-Hawa and Bab Al-Salama and utilization of Al-Yarubia for six months. The extension veto shows once more that Russia is using its power in the U.N. Security Council as means of warfare, adding on the war crimes committed inside Syria. Russia’s argument of providing aid through Damascus is beyond belief, as there is a history of blocking assistance as means of causing additional suffering.

While the resolution is expiring, COVID-19 has officially entered Northwest Syria and will not stop, while high-level decisions are being made. The extension veto has made us fear a drastic reduction of food security for more than four million civilians. Now, we are also facing a pandemic without health facilities and even the ability to bring in personal protective equipment or medical supplies. Whatever will be there first, the communities in Syria have very limited resilience for the consequences. Since November 2019, more than 1.041.233 civilians were displaced, 701 civilians and 17 humanitarian workers killed. The civilian infrastructure is devasted, 239 vital facilities such as medical centers, markets, schools and more have been attacked. The economy is devasted, the Syrian pound is crashing, food prices have increased up to 200 percent since last year. Self-isolation, keeping distance and regularly washing hands is nearly impossible as camps and shelters are overcrowded and often without sufficient hygiene facilities.

With 190 staff and volunteers, Violet has been preparing for a potential outbreak of COVID-19 in Northwest Syria since the start of the global pandemic. Over the past months, the team provided trainings on infection prevention and control (IPC) to over 200 medical and non-medical staff. 160 triage tents have been provided for the entrances of health facilities and 54.785 square meters in 34 locations have been sterilized. To prepare the communities’ the most vulnerable members, Violet’s protection team reached 3.603 children and 1.859 women with awareness activities. Violet will continue by focusing all efforts on preventing the spread of the virus and increasing the communities’ capacity to mitigate an outbreak.

We are demanding the international community to take responsibility for the inability of the U.N. Security Council to take a timely decision on Syria.

We are urgently calling for an emergency special session by the General Assembly of the United Nations to continue of the cross-border resolution and to allow the transport of urgently needed food and medical supplies.