The reality of the educational sector in the camps 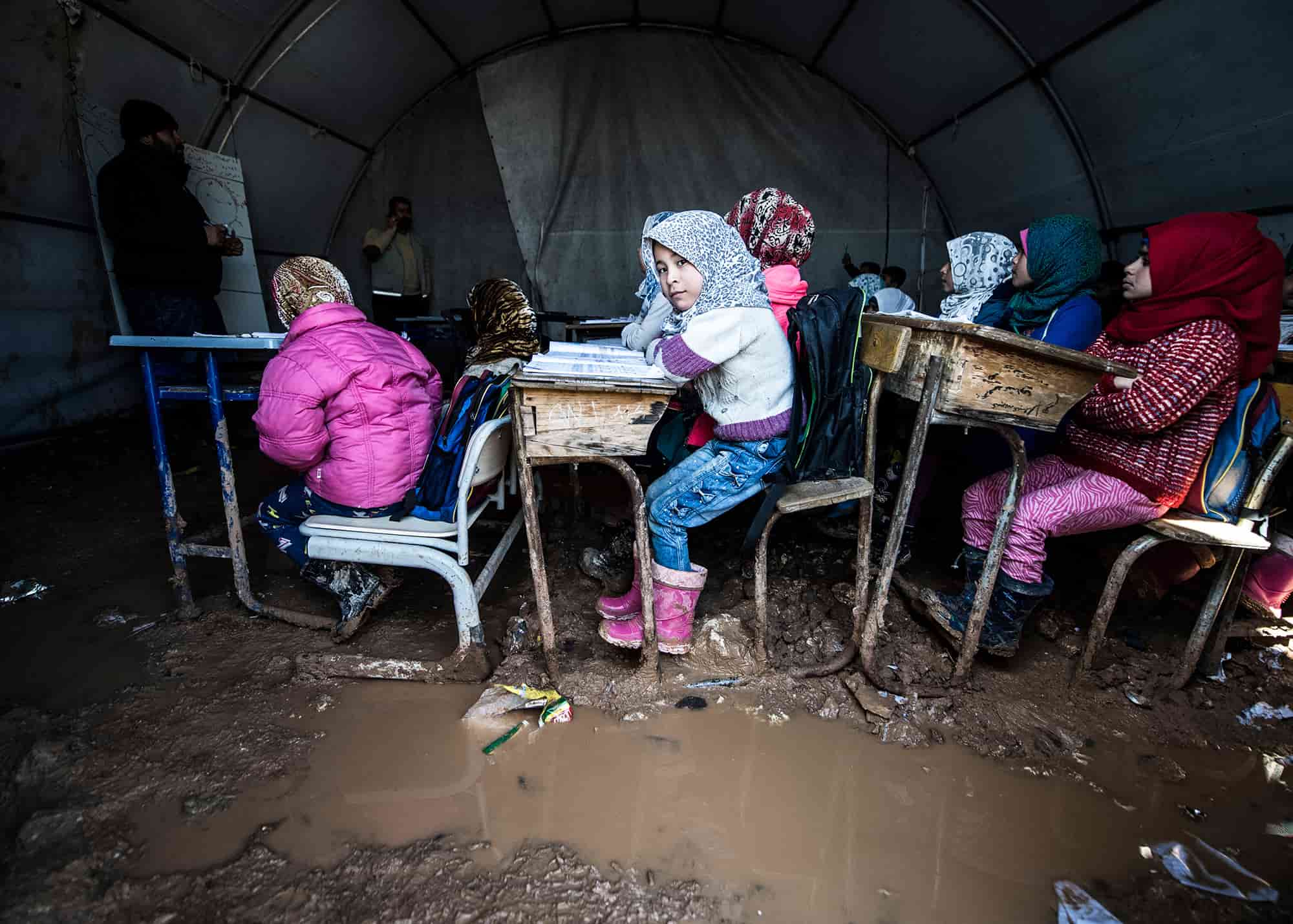 The war that has been going on in Syria for ten years has significantly affected the education sector, especially in areas that include camps for the displaced in northwestern Syria with a high population density, where the number of displaced people there is estimated at 1.6 million people.

With the increasing waves of displacement and the inability of schools near the camps to accommodate the increasing numbers of students, most schools are now open for long periods, while the majority of children in most camps are without education.

The Loss of the education sector in Syria

Syrian children are still paying the price of the conflict that deprived them of education, as the education sector was one of the most affected and targeted by the regime and its militias during their attacks on civilians.

Schools, educational centers and even kindergartens have been a target of bombing, resulting the complete or partial destruction of more than four thousand schools since mid-2011.

The United Nations Children’s Fund (UNICEF) estimates the number of children out of school in Syria at about 3.2 million, where one out of every 3 schools are unusable, after been destroyed or used for military purposes, or to house displaced people, while 1.3 million Syrian children are at risk of losing their education.

The equipment in those educational centers and schools varies, as 92% of the schools have seats, and 8% do not, thus students sit on the floor. Also 62% of schools in the camps need heating, while 60% of them need teaching boards.

With regard to the list of priorities for schools’ needs: the need for heating comes first, after that the need for books and stationery, in addition to securing the salaries of teaching stuff, and recently the need to take measures to prevent coronavirus and provide distance education requirements such as Internet packages, and electronic devices.

Violet organization seeks to support the educational sector and to secure its requirements, especially in the camps of northwestern Syria, through several initiatives and projects, such as providing support to 5,133 teachers in schools by providing monthly compensation and providing training for teachers to improve their capabilities.

In regards, Violet organization have launched a project with the support of “ECHO” (European Commission for Humanitarian Aid), through which it established temporary educational centers in 6 camps, each center contains 8 tents equipped to be a room for summer education.

In a similar project under the name “Danida” 4 buses were equipped in 4 camps as mobile schools. 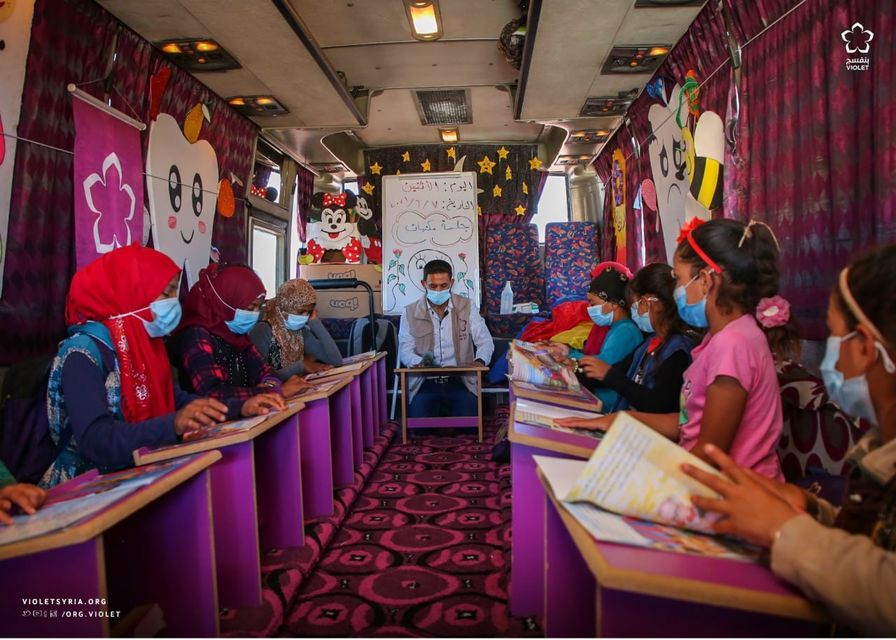 It also supports schools in their operating expenses, securing the winter schools’ needs of heaters and fuel, in addition to providing safety needs such as fire extinguishers and ambulance bags, as well as providing school bags and stationery for more than 60,000 children.

In light of the “Covid-19” pandemic, the Violet organization sought to preserve students’ safety through several activities, such as sterilizing schools and educational centers, providing preventive materials for students and teachers, and subjecting teachers, students, and their families to awareness sessions about the dangers of the Coronavirus. 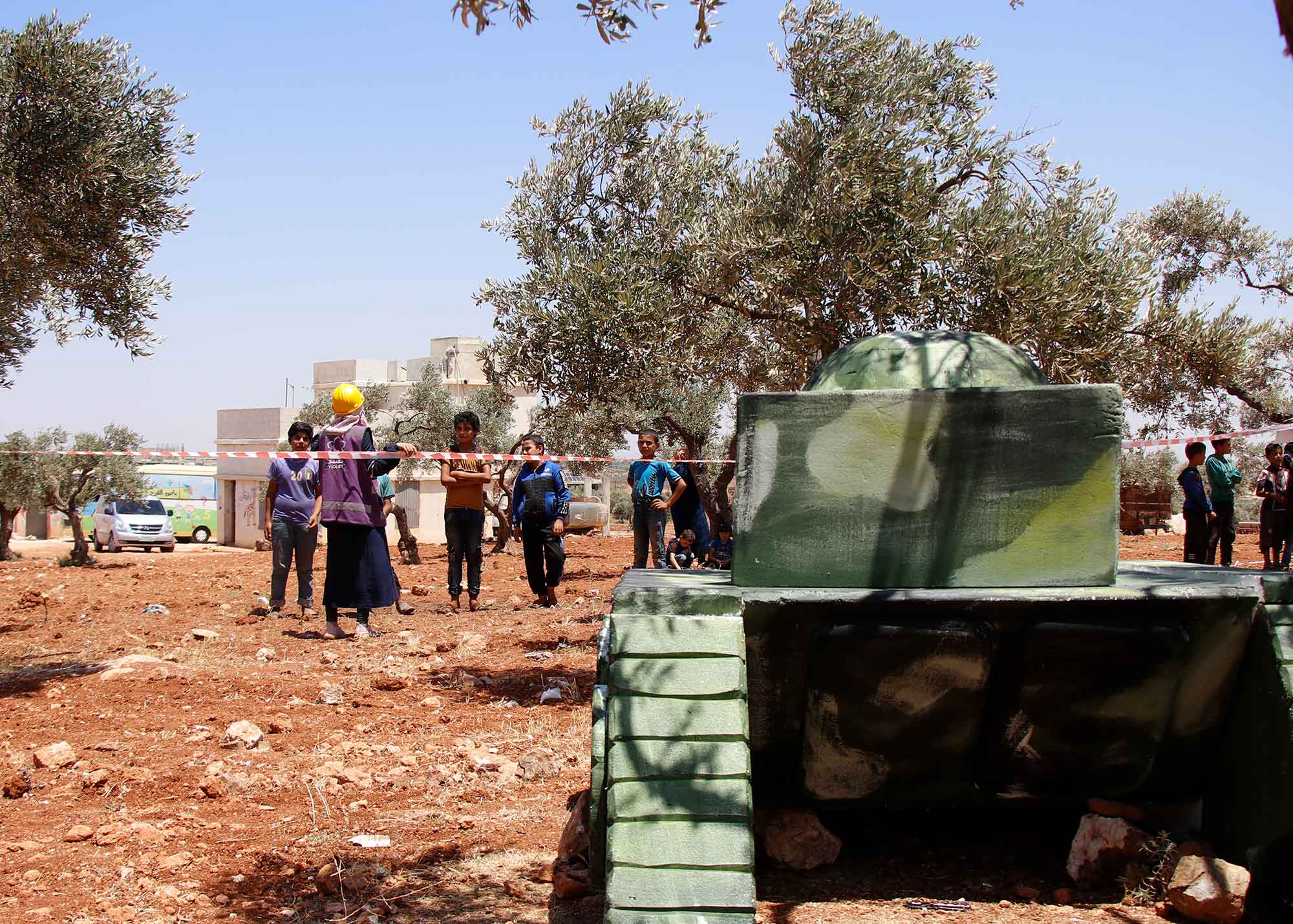 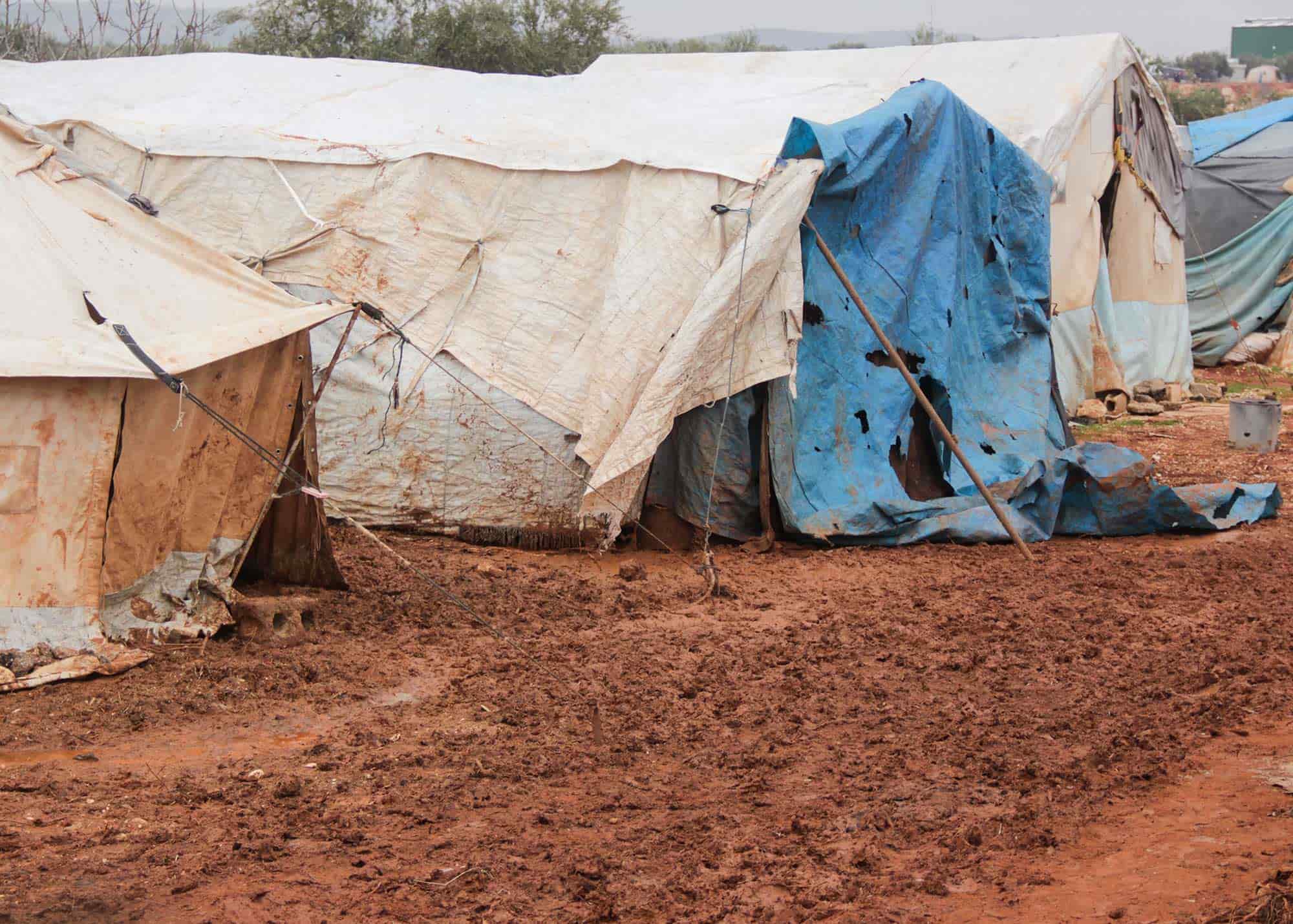 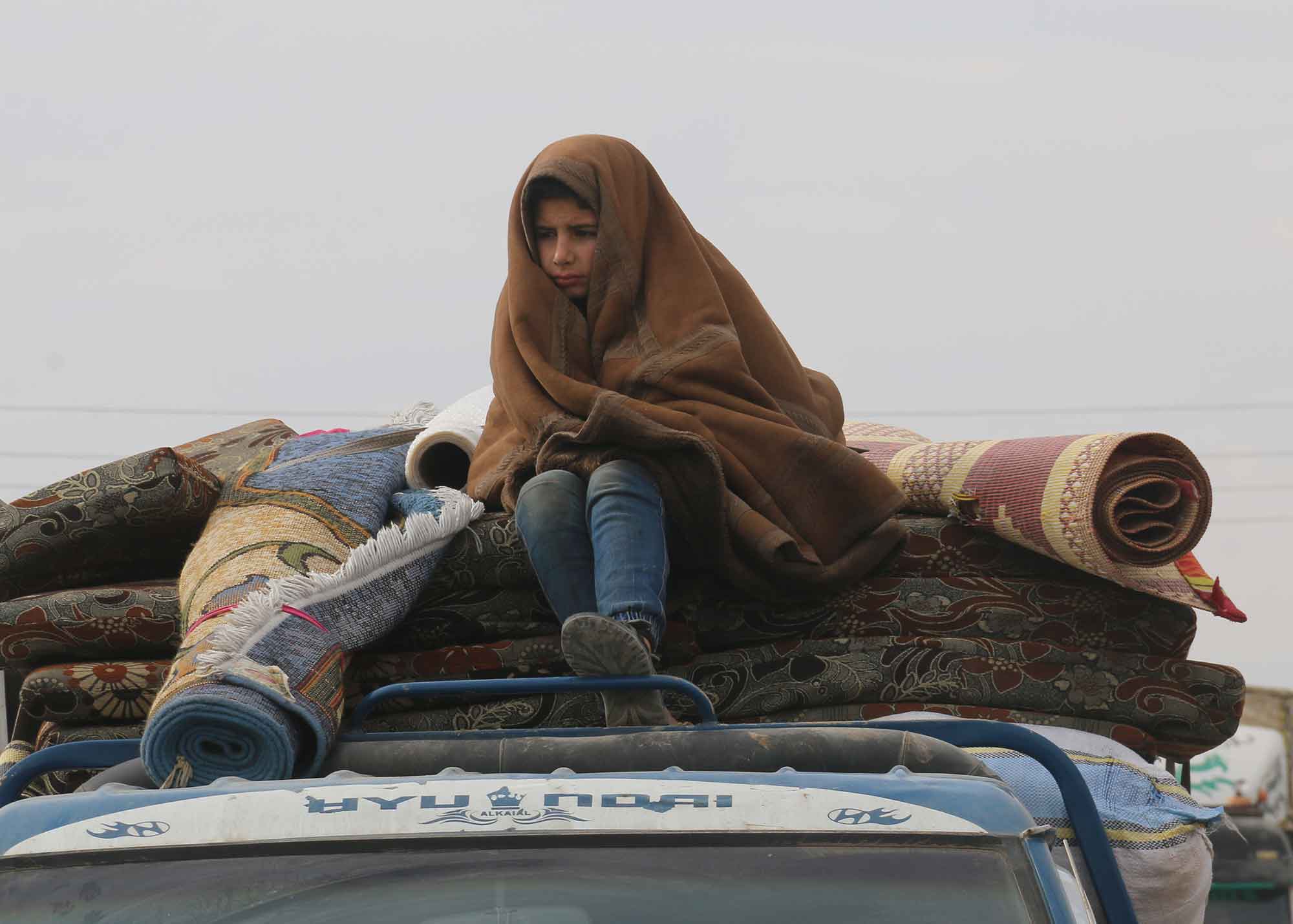